*Leases acting for landlord and or tenant

Housing in Nottingham: earnings growth has been slowest in the east Midlands for young adults, who are struggling to get on the property ladder. Photograph: David Sillitoe/The Guardian

Young adults in the east Midlands have seen their living standards fall the furthest behind the previous generation when compared with their peers elsewhere in Britain, according to a study.

At a time when millennials across the country are experiencing lacklustre gains in living standards compared with the generation before them, the Resolution Foundation said the region that includes Nottingham and Leicester had seen the biggest shortfall in earnings growth.

The thinktank said those in the region aged between 26 and 28 were earning about 2.7% less, adjusted for inflation, than people of their age were earning in 2003.

The analysis has found that generational progress on pay has been weak nationally, with those born in the late 1980s earning just 3% more at ages 26-28 than those born in the early 1970s at the same stage in life.

While most regions had seen some improvement, millennials in the east midlands, south-east and London all earned less in their late 20s than the previous generation.

However, young people in the north–east have made considerable pay progress, with millennials earning 13% more at the age of 26-28 than those born 15 years earlier.

Funded by the Nuffield Foundation, the research also showed that homeownership rates have collapsed for young adults across the country, while the amount of money millennials spend on housing as a share of their income has rocketed.

Amid concern across the political spectrum over the difficulty facing young adults in getting on the housing ladder, the research showed that the proportion of 26- to 28-year-olds who owned their own home had collapsed by half since 1997.

London recorded the biggest fall, with homeownership rates falling by 58%. Among 26- to 28-year-olds in the capital, as few as 8% own their home, compared with 20% for the same age group in 1997.

Maja Gustafsson, researcher at the Resolution Foundation, said: “Millennials are generally earning and working more than the generation before – but there are exceptions, and the degree of generational progress varies enormously.”

First-time buyers are bypassing flats and moving straight into houses - leading to a fall in the cost of apartments, official figures suggest.

The cost of a typical apartment or maisonette in England has fallen by 2.1% in a year, while other types of property have become more expensive.

Experts suggest people are buying their first home later and are happy to rent a flat, but not necessarily buy one.

Many apartments being built in cities are designed specifically for rental. 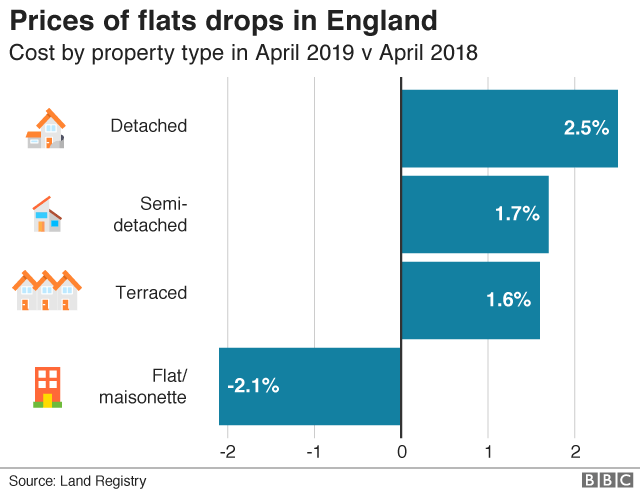 The cost of detached homes has been rising fastest, with semi-detached and terraced homes also going up in England, figures from the Land Registry show. In Wales, prices of all types of property are going up, but rises are slowest among flats and maisonettes.

First-time buyers want to buy a home to live in for longer than their predecessors, according to Richard Donnell, insight director at Zoopla. This meant they were more likely to push themselves to buy something bigger and wanted to "leapfrog" flats, he said.

He said that the fall in demand from investors, many of whom have pulled out of the market, had affected demand for flats. Primarily the slowdown in the market in London and the South East of England had meant lower demand for flats, as there was a heavy concentration of apartments in the capital. 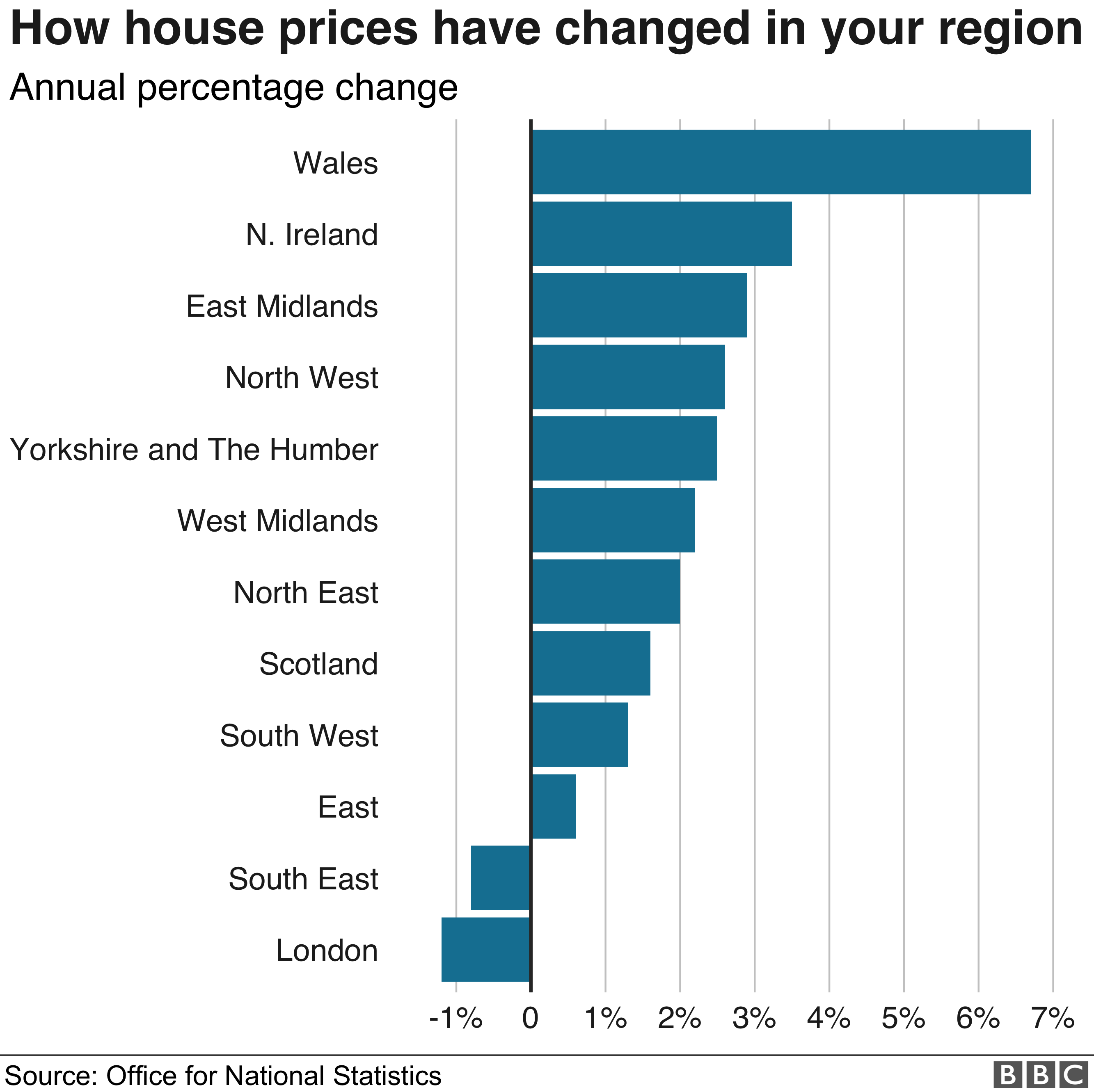 Major housing projects from the old Battersea Power Station in London to plans for the Metalworks in Liverpool suggest that developers still see plenty of demand for city flats.

The overall trend suggests that apartments are becoming more affordable.

Research for online estate agents Housesimple suggests buyers can purchase a flat for less than £80,000 in 17 towns and cities in the UK.

In contrast, the average price of a flat in Kensington and Chelsea in London was more than £1m, and - despite house price falls - the cheapest London boroughs of Havering, Barking and Dagenham, and Bexley still saw the average cost of a flat totalling more than £230,000.

In general, Office for Statistics (ONS) figures showed UK property prices were continuing to rise but at a slower rate than a year ago. 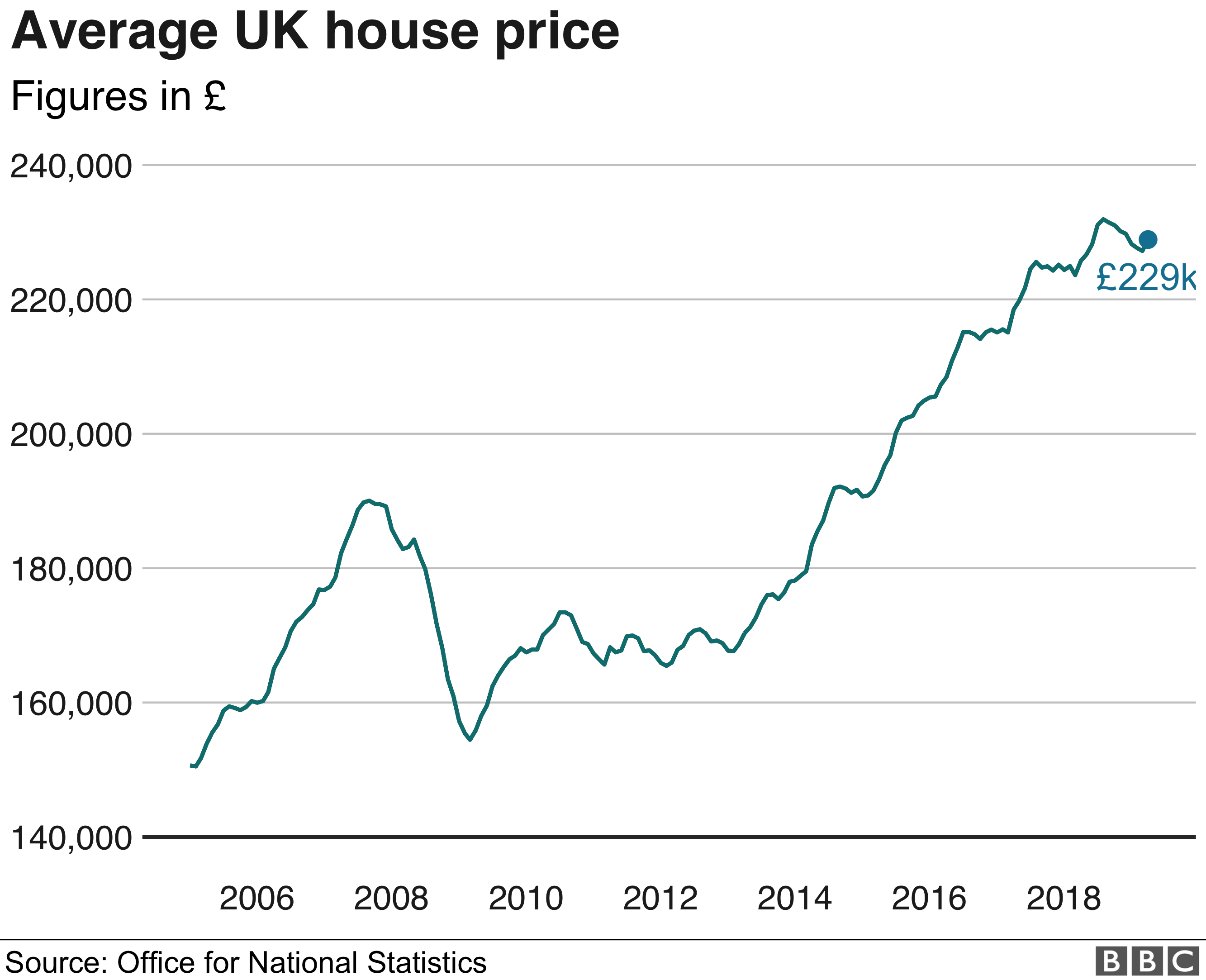 The cost of renting a home has accelerated slightly, according to separate ONS figures.

Rental prices paid by tenants to private landlords went up by 1.3% in the UK in the 12 months to May.

Almost two-thirds of homebuyers who used the government's Help to Buy scheme could have bought a home without it, an official report has said.

However, they may not have been able to buy the house they wanted without the help, the report from the National Audit Office (NAO) found.

It also found that one in 25 of participants had household incomes of over £100,000.

The scheme did help boost the profits of building firms, the NAO said.

It was too early to determine if the scheme had delivered value for money for the taxpayer, the report said.

"However, a proportion of participants could have afforded to buy a home without the government's help.

"The scheme has also exposed the government to significant market risk if property values fall, as well as tying up a significant public financial capacity.

"The government's greatest challenge now is to wean the property market off the scheme with as little impact as possible on its ambition of creating 300,000 homes a year by 2021," he said. 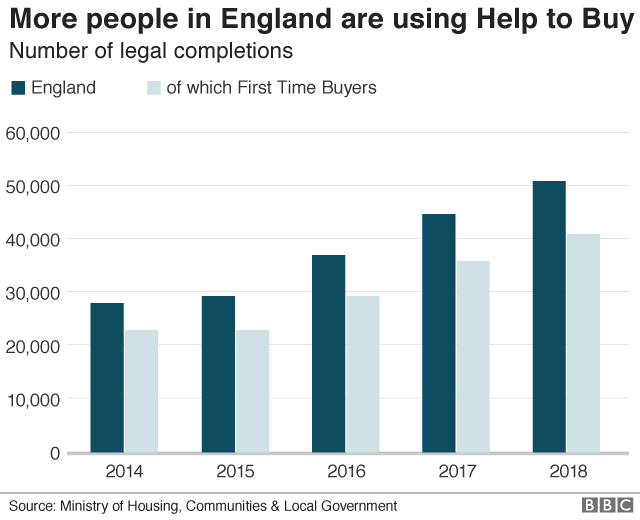 In the first version, the government lends up to 20% of the cost of a newly built property, or 40% within Greater London, so buyers need only a 5% deposit and a 75% mortgage to buy it.

Those purchasing a new-build home are not charged interest for the first five years.

The Help to Buy ISA was launched later, in December 2015, and is open to first-time buyers in the UK.

Savers receive a 25% bonus from the government when they withdraw the money they have saved to buy their first property. The maximum purchase price is £250,000, or £450,000 in London. 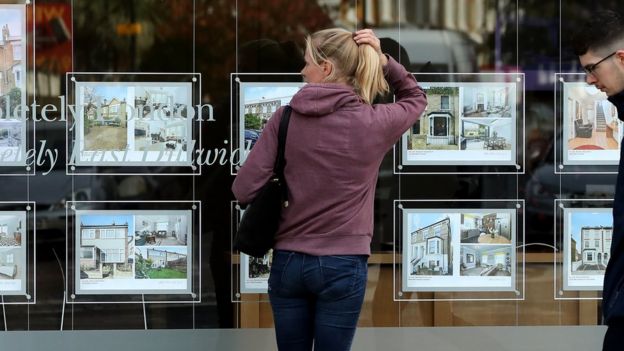 "By 2023, the government will have invested up to £29bn in the scheme, tying up cash which cannot be used elsewhere," the NAO said.

Bigger firms made the most of the scheme.

Between 2013 and 2018 more than half the sales in England made by Redrow, Bellway, Taylor Wimpey, Barratt and Persimmon involved Help to Buy.

Persimmon is the biggest beneficiary, with almost 15% of the sales made under the Help to Buy Scheme.

Mike Amey, managing director of global investment management firm Pimco, has told the BBC that profit on a house sold by Persimmon had trebled since Help to Buy was introduced, "roughly from £20,000 to £60,000".

Fran Boait, executive director of campaigning body Positive Money, said: "It's now beyond clear that rather than helping those who can't afford to buy a home, Help To Buy has mainly been a subsidy for a housing bubble, benefiting property developers and existing home owners."

The government's investment is expected to be returned from the scheme by 2032 after it closes in 2023. However, the size of the loans mean it is very much exposed to the performance of the housing market.

From April 2021, the scheme will be restricted just to first-time buyers.

Several government schemes can help you buy a home. These include Help to Buy, Right to Buy and Shared Ownership. Read this article to find out more about them and how to apply.

A lease is a contractual arrangement calling for the lessee (user) to pay the lessor (owner) for use of an asset.[1] Property, buildings and vehicles are common assets that are leased. Industrial or business equipment is also leased.

Broadly put, a lease agreement is a contract between two parties, the lessor and the lessee. The lessor is the legal owner of the asset; the lessee obtains the right to use the asset in return for regular rental payments.[2] The lessee also agrees to abide by various conditions regarding their use of the property or equipment. For example, a person leasing a car may agree that the car will only be used for personal use.

The narrower term rental agreement can be used to describe a lease in which the asset is tangible property.[3] Language used is that the user rents the land or goods let out or rented out by the owner. The verb to lease is less precise because it can refer to either of these actions.[4] Examples of a lease for intangible property are use of a computer program (similar to a license, but with different provisions), or use of a radio frequency (such as a contract with a cell-phone provider).

From Twitter Web App
We at Saifee Solicitors can assist with your property needs and our specialists in the following matters:– Residen… https://t.co/ErkW1pkdFu