Right to Buy allows most council tenants to buy their council home at a discount. Use the eligibility checker on the Right to Buy website to find out if you can apply.

There are different rules for Wales, Scotland and Northern Ireland.

You can apply to buy your council home if:

You can make a joint application with:

If your home used to be owned by the council, but they sold it to another landlord (like a housing association) while you were living in it, you may have the Right to Buy. This is called ‘Preserved Right to Buy’.

Ask your landlord if this applies to you.

Other ways to buy your home

If you were not living in your home when it was sold by the council you may still be able to buy it through the Voluntary Right to Buy pilot.

The chancellor's policy of suspending of stamp duty on the first £500,000 of all property sales in England and Northern Ireland has helped boost house prices.

August saw the highest monthly price rise in more than 16 years, says the Nationwide. It describes the housing market recovery as "unexpectedly rapid".

So what has Chancellor Rishi Sunak done to try to help homebuyers?

What is stamp duty?

Stamp duty is a tax paid by people buying properties, although it varies slightly across the UK.

The amount handed to the government depends on where you are in the UK, and the price of the property.

The changes to stamp duty only apply to buyers in England and Northern Ireland.

The government has temporarily increased the stamp duty threshold to £500,000 for property sales in England and Northern Ireland, until 31 March 2021,

Anyone completing on a main residence costing up to £500,000 before then will not pay any stamp duty, and more expensive properties will only be taxed on their value above that amount.

The move was aimed at helping buyers who have taken a financial hit because of the coronavirus crisis.

It was also intended to boost a property market hit by lockdown, which - according to the Halifax - saw house prices fall for four months in a row.

The average stamp duty bill will drop by £4,500, Mr Sunak has suggested, with nearly nine out of 10 people buying a main home this year paying no stamp duty at all.

However, critics worry it could encourage people who were planning to buy next year to accelerate their plans to take advantage of the tax break. This could lead to a slump in demand when the tax break ends. 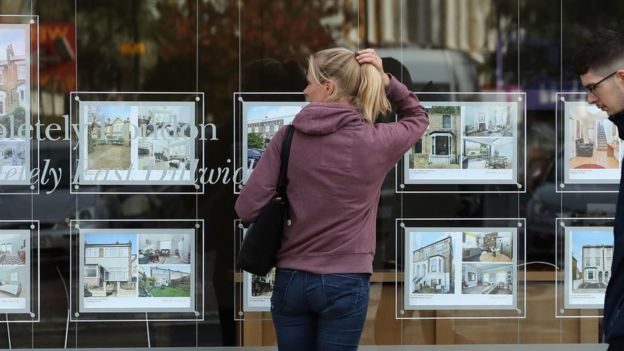 How much stamp duty will I pay now?

If the property purchased is your main home, you won't pay any stamp duty on it at all if it costs £500,000 or less.

The remaining amount (over £1.5 million) will be taxed at 12%. You can calculate how much you are liable to pay here.

Landlords and second home buyers are also eligible for the tax cut but will still have to pay the extra 3% of stamp duty they were charged under the previous rules. 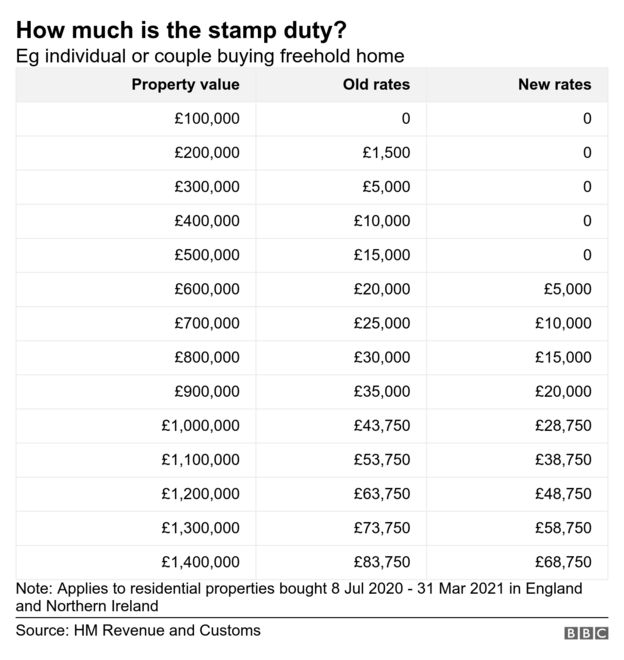 What about Scotland and Wales? 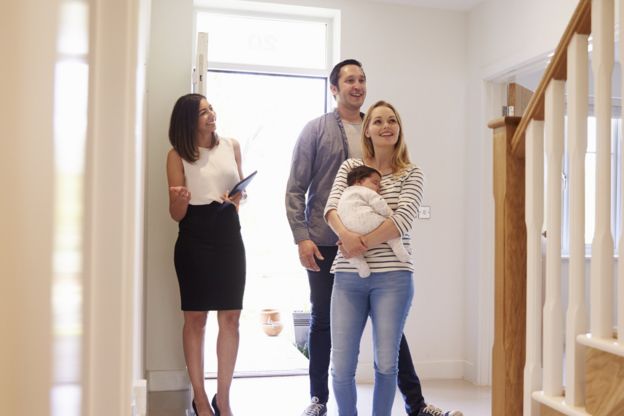 How much does stamp duty raise?

The government's annual take from stamp duty is around £12bn, according to the latest figures released by HM Revenue and Customs (HMRC).

That's roughly equivalent to 2% of the Treasury's total tax take.

The nine-month stamp duty holiday in England and Northern Ireland - from July 2020 to March 2021 - will cost the Treasury an estimated £3.8bn.

From Twitter Web App
We at Saifee Solicitors can assist with your property needs and our specialists in the following matters:– Residen… https://t.co/ErkW1pkdFu