Eviction hearings will now resume in courts in England and Wales - but the most serious cases will be given priority.

A backlog has built up during a six-month ban on proceedings in place during the coronavirus outbreak.

But Labour and campaigners have called for the ban to be extended.

There have been warnings from charities and health bodies about the dangers during the pandemic of people being made homeless and living in overcrowded conditions.

A recent survey by homelessness charity Shelter suggested that more than 170,000 private tenants had been threatened with eviction by their landlord or letting agent, while 230,000 in England have fallen into arrears since the pandemic started.

However, the government and landlord groups do not expect a wave of eviction notices.

'Future in the balance' 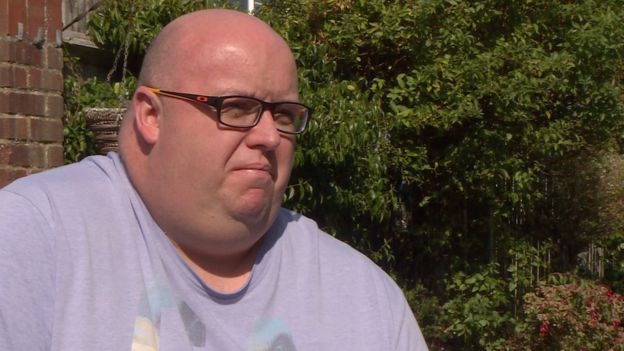 Wedding DJ Ian Forest has seen his income "killed for a year" as a result of the coronavirus outbreak.

His letting agent allowed him to pay 50% of his rent for a few months, but he now faces demands for full rent again, as well as £3,000 of arrears.

He has claimed all the financial support available, but is concerned that it is insufficient to cover his bills and his tenancy is at risk.

"I feel for the landlord as well, but my future here is in the balance. Who knows what will happen," he said.

In England, Wales and Scotland, landlords must now give six months' notice of eviction compared to two months before the pandemic in many areas. In Northern Ireland, it is 12 weeks, but the authorities said notices should not be issued unless "absolutely unavoidable".

Courts in England and Wales will prioritise serious cases, and historic ones where the rent has not been paid for more than a year.

Chris Norris, of the National Residential Landlords Association, said that a switch would not be turned on leading to a sudden spate of evictions.

But he said the last six months had seen "real restrictions" on landlords trying to deal with "nuisance neighbours". 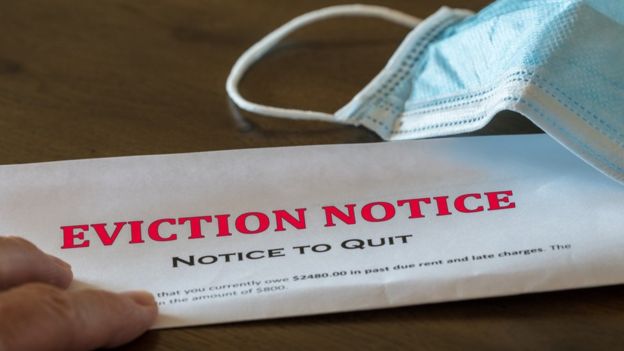 Housing Secretary Robert Jenrick said that evictions would not be enforced by bailiffs if a local area was in a lockdown that included restrictions on gathering in homes.

Bailiffs have also be told not to enforce possession orders over Christmas, other than in "the most serious circumstances", such as cases involving domestic abuse or anti-social behaviour.

But Labour said there were still unnecessary risks created by the government's policy.

Shadow housing secretary Thangam Debbonaire said: "The government needs to come forward with a credible plan to keep their promise that no renter will lose their home because of coronavirus."